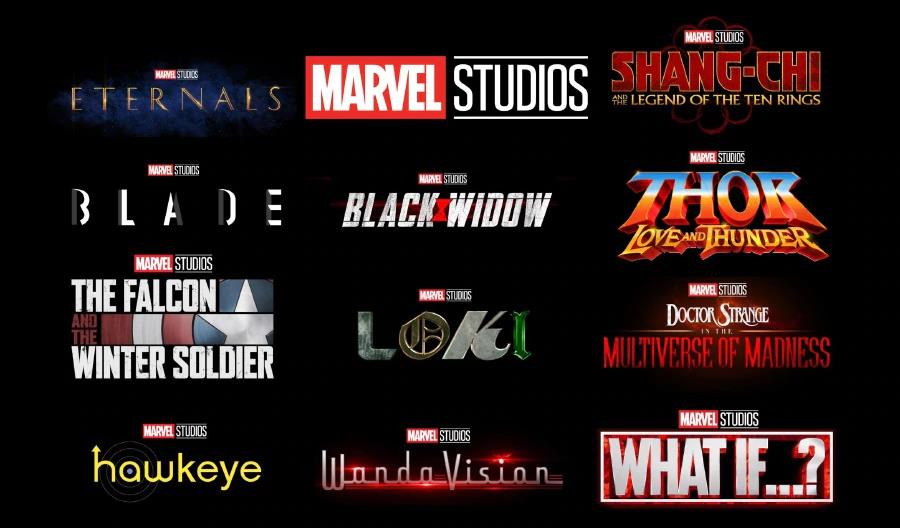 Interesting. We’re getting more Thor before more Guardians. Does that mean the Guardians will be in Thor, since they were last seen together? Love that He-Man-esque font for Thor. Not sure about “Love and Thunder”, and I’m not thrilled at the idea of Natalie Portman coming back and becoming Lady Thor. Maybe she’ll surprise me, but she hasn’t been the best thing about those movies, to put it nicely. Still, I love Ragnorak and it’s the same director, so I’m hoping a trailer can get me more interested.

I don’t know much about the Eternals or Shang-Chi, and if Black Widow is a prequel I’m not going to be that excited. If Blade isn’t rated R, my interest in that is going to be pretty low, too, and I’m not sure if Mahershala Ali can sell the physicality of the character the way Wesley Snipes could. But he’s a talented actor, and I look forward to seeing what he does with the role. Most of the rest are TV shows, and I’m curious but not excited about any of them.

Which leaves Doctor Strange: Multiverse of Madness as the only one of the new Marvel movies I’m really looking forward to, at least as things stand now. New information (like, that Black Widow isn’t a prequel) or a good trailer could spark my excitement for one or more of the others, but that’s my temperature at the moment. And I love that title — “Multiverse of Madness”. That’s badass. Also interesting that they’re going with the multiverse idea after teasing that and throwing it out in the latest Spider-Man.

Anyway, those are my initial thoughts on the new Marvel lineup. For more discussion on it, check out i09.com’s coverage.