Home > Books > War of the Black Tower: Part One of an Epic Fantasy Trilogy 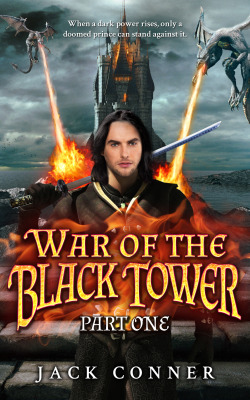 When a dark power rises, only a doomed prince can stand against it.

Epic fantasy by bestselling author Jack Conner, War of the Black Tower: Part One is the start of a dark fantasy trilogy like no other. Full of action, suspense, tragedy and terror, it will propel readers through a war-torn land peopled with humans, elves and many other races, all fighting for their lives against the terrible forces gathering to the south.

Baleron is the youngest prince of the great kingdom of Havensrike, which has for many centuries been locked in a cold war with the Black Land of Oslog. Ruled over by the Dark One, Oslog has threatened to overwhelm the Crescent Alliance (of which Havensrike is a part) and throw the world under its shadow for as far as history goes back.

Now the Dark One’s time has come. He has only to appoint his Chosen One, the being that will usher in the Dark Times, and the final war will begin. That One is Baleron. Though a womanizer and rogue, Baleron is shocked to discover that he is supposed to bring about the end of the age of light. Once he learns, he will do anything to throw off the curse and drive back the Dark One for good and all.

When his sister Rolenya asks him to lead her wedding party through the mountains, Baleron sees it as his last chance for redemption in his father’s eyes and agrees, but when the Dark One stretches out his hand . . . the War of the Black Tower begins.

As battle starts to rage, can one doomed prince stand against the shadow?

For lovers of J. R. R. Tolkien, Robert E. Howard and George R. R. Martin, this is a grim tale of adventure, true love and pulse-pounding terror. Not for the weak of heart, the War of the Black Tower Trilogy holds many rewards for those who like fantasy with a dose of blood and darkness.

Other Books in "War of the Black Tower" 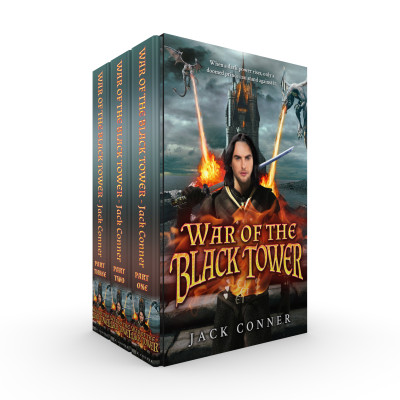 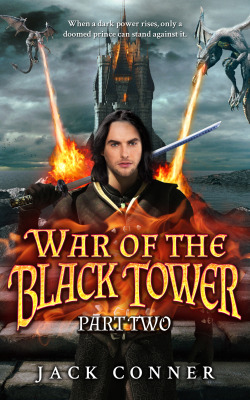 War of the Black Tower: Part Two of an Epic Fantasy Trilogy 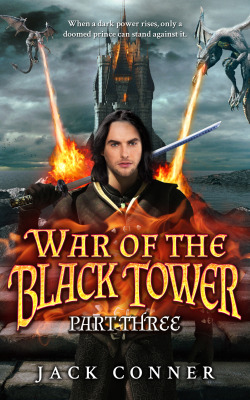 War of the Black Tower: Part Three of an Epic Fantasy Trilogy
Look Inside
Disclosure of Material Connection: Some of the links in the page above are "affiliate links." This means if you click on the link and purchase the item, I will receive an affiliate commission. I am disclosing this in accordance with the Federal Trade Commission's 16 CFR, Part 255: "Guides Concerning the Use of Endorsements and Testimonials in Advertising."