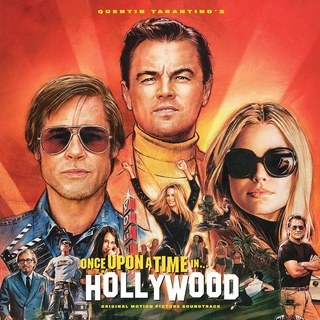 ONCE UPON A TIME IN HOLLYWOOD

I have seen ONCE UPON A TIME IN HOLLYWOOD, and here are my brief, SPOILERY thoughts on it, after a spoiler wall. Do not continue reading if you don’t want the movie spoiled for you.
.
.
.
.

Okay, here goes. Spoilers beyond this point . . .
.
.
.
.
.
They saved Sharon Tate! That made me very happy. It’s what I was hoping for going into the movie, and I knew it was possible after Inglorious Basterds. But QT did it, and even got some retroactive “revenge” on several members of the Manson Family, which was very satisfying. Thank you, QT.

I’ve seen some people complain that Margot Robbie didn’t have much to do in the movie. I don’t understand that complaint, unless you don’t know the story of the Manson murders. Every second Margot Robbie/Sharon Tate was on the screen was vital — it’s where the menace was. We know her fate, and getting to know her and love her, even a little, built the threat even more. That’s where the tension in the movie came from. All Margot had to do was be lovable, and she succeeded.

And Once Upon a Time in Hollywood needed that tension, because most of the rest of the movie is very laid back. QT wants us to revel in 1960s Hollywood, and he does a terrific job of evoking that time and place. The movie doesn’t have much actual plot to speak of, and a large chunk of it is simply a day in the life of its three principal characters.

None of the characters drive the plot forward, and, like I said, there is very little plot to drive. This is a ticking time-bomb movie where the characters involved don’t know there’s a bomb. But the audience does, and that’s where the tension is. We can bask in the ’60s goodness and still be on the edges of our seats — a very interesting approach to film-making.

And they saved Sharon Tate and her friends, and brought blood vengeance to the Manson Family. All in all, Once Upon a Time in Hollywood is a very good time at the movies, and one that isn’t a reboot or sequel or based on an existing franchise. Recommended.

To see what others have to say about it, here’s the link to the Rotten Tomatoes page for the movie.