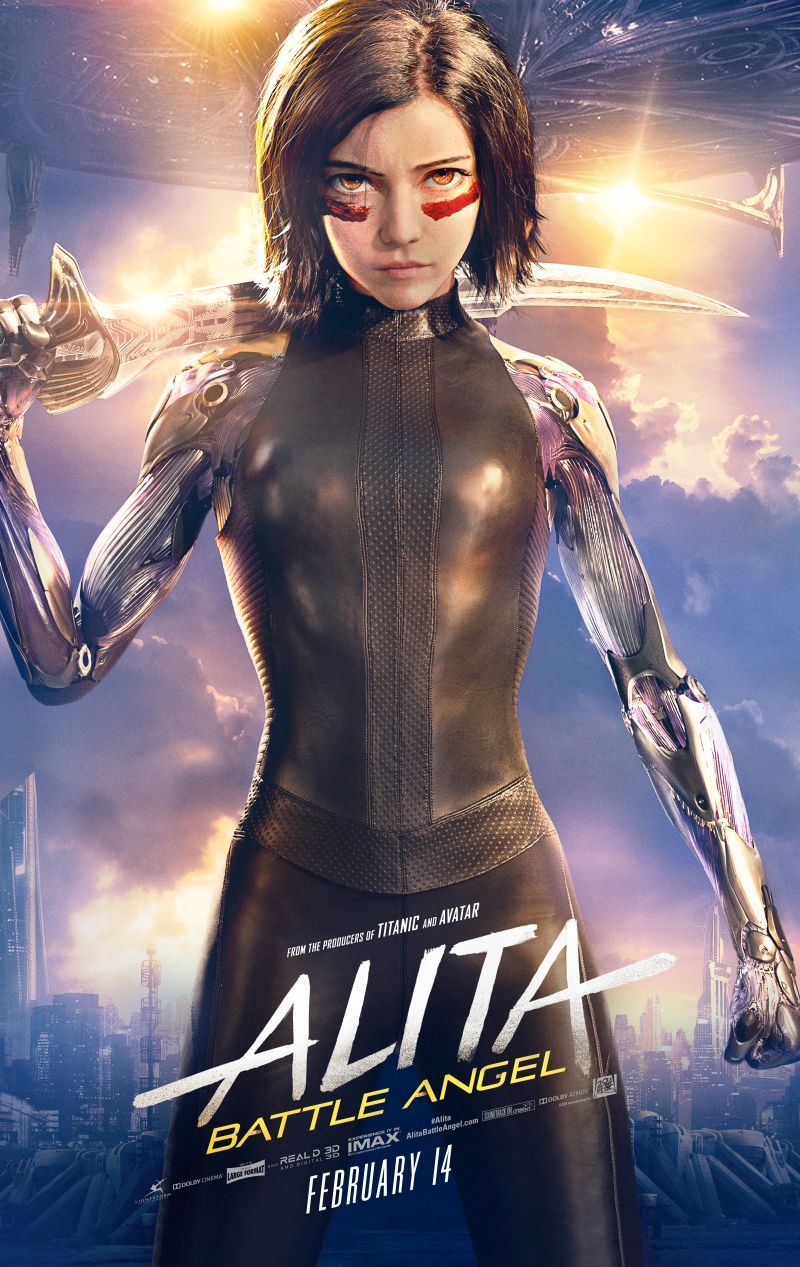 I saw ALITA BATTLE ANGEL recently, and here are my brief NO SPOILERS thoughts.

Alita Battle Angel is a blast. A extremely fun, well-made movie, put together by the unlikely duo of Robert Rodriguez and James Cameron (who I would describe as opposites in their approach to filmmaking, one fast and loose, one meticulous and slow). But somehow it works.

I’m a big fan of the original manga,and I’ve been looking forward to this for a long time. For years it looked like James Cameron himself might make it, but that didn’t happen. And you know what? That’s okay. The movie we got is quite good, and he did at least co-write it, so the movie has the benefit of his strong narrative underpinnings.

Alita herself is well-realized and is a fantastic character. They do such a good job making her awesome that any other defects in the movie sort of melt away, much like the Marvel movies in their approach to heroes.

Is it perfect? No, there are flaws here and there, as there are in any movie, and the ending sets up a sequel that we might never get. But the movie is good enough that you’ll want that sequel. At least I do.

Look at Last Jedi, which had the opposite situation — an overwhelmingly positive critical response but an audience score in the 40s. That particular situation had to do with politics. Does this one — that is, Alita? Or, to put it another way, does Alita’s complete lack of a political agenda hurt it with the critics?

It’s the only explanation I can come up with, because it’s a damn fun movie. Better than Aquaman, which I quite liked.

I saw it in IMAX 3D, which is definitely the best way to watch this movie.