Home > Books > Empire of the Worm: A Tale of Fantasy and Horror 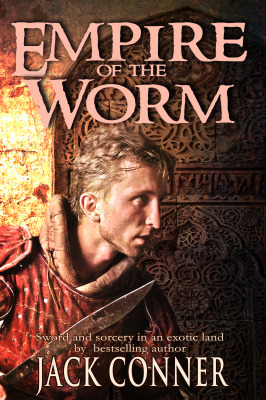 When the young prince Davril refuses to sacrifice to the terrible gods his family worships, they wreak a bloody vengeance and only he can set things right.

When Davril, the youngest prince of the Empire of Qazradan, refuses to sacrifice his beloved Alyssa to the terrible god his family worships, he ushers in what might possibly be the End Times. The so-called god had been keeping an even more awful being at bay, and now it has come.

Qazradan will become . . . the Empire of the Worm.

Only Davril can stop it, but how can he when war has destroyed the empire, demons walk the streets, and Davril himself is on the run from bloodthirsty cultists?

Look Inside
Disclosure of Material Connection: Some of the links in the page above are "affiliate links." This means if you click on the link and purchase the item, I will receive an affiliate commission. I am disclosing this in accordance with the Federal Trade Commission's 16 CFR, Part 255: "Guides Concerning the Use of Endorsements and Testimonials in Advertising."